Sunon fan replacement for an NVR

I’m looking into attempting to replace some fans in an old NVR to try and give it a bit more life until I can get the darn thing replaced entirely. That said I’m running into an issue of finding the appropriate parts. The fans it currently uses are the Sunon MB60101V2-0000-F99 and MB50101V2-0000-F99. When I look these up I can only find 000U-F99 variants which are 2 wire going by pictures though DigiKey lists it as a 3 wire.

I tried ordering some 000U-G99 variants but when they came I found not only was the connector different but the cable color/order was different. I also have another NVR from the same brand from a decommissioned building that uses 0000-A99 fans but when I look those up, which actually has valid hits, all the images seem to indicate it only has 2 wires while mine have 3. 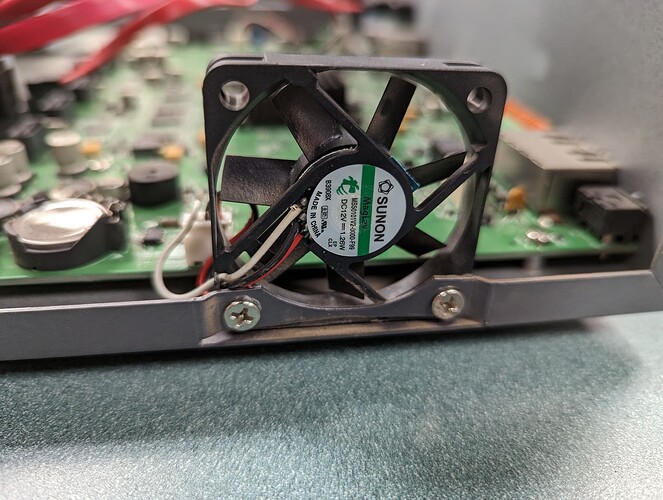 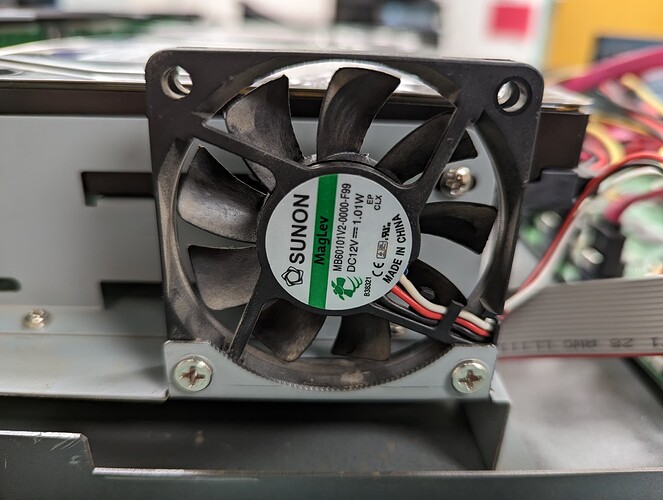 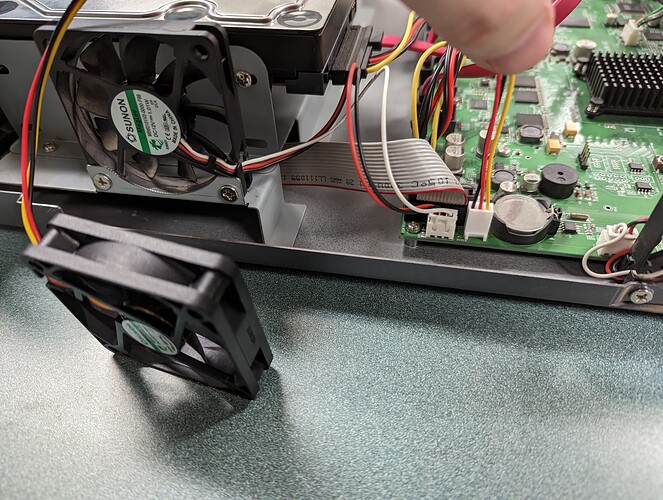 Datasheets are your friend; the 3 end characters are a “function code” and a bit of observation suggests that F99 is code for a locked rotor sensor output. A99 seems to indicate the base model with no added features, e.g. 2-wire.

image896×333 15.8 KB
That “customer code” part would typically indicate a factory customization/modification, most commonly in terms of what connector is used and the order in which the wires are poked in because the world has yet to agree on a universal standard for such things…

The quick & dirty solution for you would be to cut the leads off the old fan and graft your new one onto it, connecting white & black to hotwire the rotor lock feature & tell the NVR that everything is awesome regardless of whether or not the fan is stopped.

Or, if you’re the sort who understands that “until i can get the darn thing replaced” may mean a period of time exceeding the 70K hour expected fan life, buy a replacement with a locked rotor output compatible with the Sunon pattern. 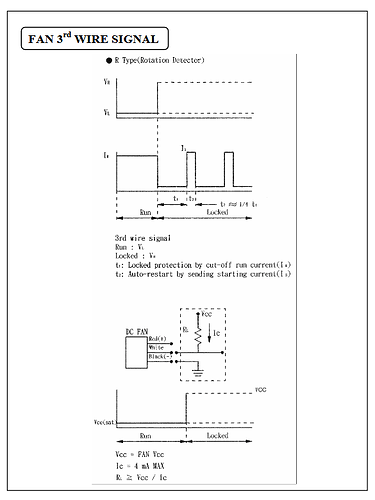 Also, should you desire to learn more about this sort of product, please see this post and those related.

I did find that customer code thing elsewhere as part of a wider list which is what I’ve been referring to. At least that helps confirm what I’d been thinking. My coworker is of the mind of repining the connector with the replacement fans I have (G99) but it has a speed sensor rather than locked rotor sensor of the F99’s so not sure about that.

As far as the A99 that’s where part of my confusion is and why I’m having trouble trusting online market listings for any of these. It’s listed as a two wire but mine has three. Didn’t include a picture of it before as I had that decommed NVR unit closed up but I’ve popped it open. 3 wires for some reason. I’m almost tempted to move one of these "A99"s into the NVR I’m trying to keep working since obviously the fans have been modified from base spec. 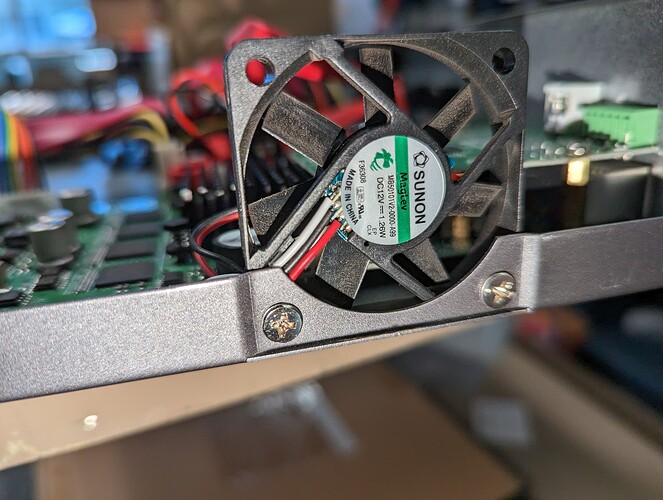 Ultimately if we end up burning out the NVR then I guess more reason to get the higher ups to move on a new NVR. Alternatively I have some external server fans I found that I could maybe 3d print some ducts for and hope the assisted airflow doesn’t overspin the old fans or something.

but it has a speed sensor rather than locked rotor sensor of the F99’s so not sure about that.

If the signal’s actually used, its unlikely to work well; a system looking for a stable logic signal indicating OK or not will probably be very confused if it receives a signal that toggles state a few thousand times a minute.

It’s listed as a two wire but mine has three.

The sunon catalog expounds a bit on the function codes; A99 would be an Auto Restart type (indeed, typically two-wire). Why yours appears otherwise is unclear to me; mislabeled? modified? numbering change? April fools joke? Hard to say. But, there’s no rule against spinning the thing up and watching what signal (if any) comes out. Measuring voltage between v+ (red) and the 3rd lead would probably be informative.