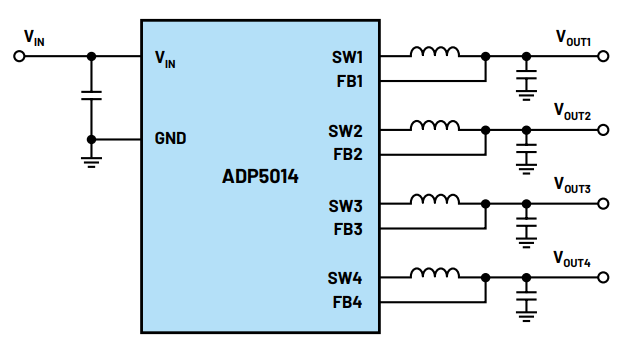 Figure 1.0 ADP5014 can generate up to four output voltages from one input voltage

Another way is using a converter that integrates the inductors needed into the IC package, as per below example LTM4668. You’ll find that this converter requires only a low number of external components because the typically quite large inductors are integrated into the package. This kind of module provides a high power density that has exceptional EMC behavior and is extremely robust. However, it may be more costly compared to a solution with external components. 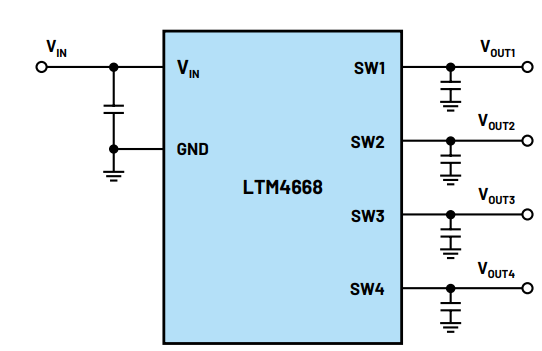 Figure 2.0 A compact solution with integrated inductors using an LTM4668

There is another common solution is composed of a single-inductor multiple output (SIMO) converter. Here, one inductor is used as an energy storage device, specifically as a current storage device, and all channels share it. Many different versions exist. The inductor can be charged with energy at one point in time and the energy can then be discharged partially to each of the different
channels. In another implementation, the inductor is charged and then completely discharged for one channel and then this empty energy storage device is passed on to the next channel, where it is charged and discharged again, and then to each subsequent channel until all channels have been supplied.

This power supply has different characteristics depending on the given implementation. In general, this concept works quite well with relatively low power. The sizing of the internal MOSFETs and the design of the single external inductor are optimized for low power. 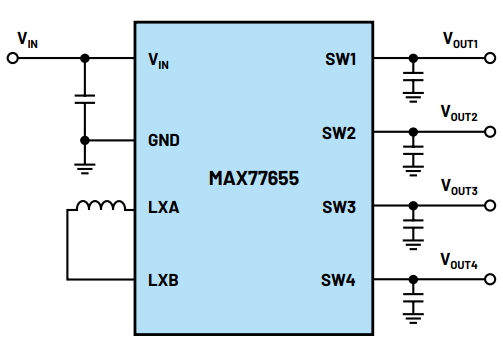