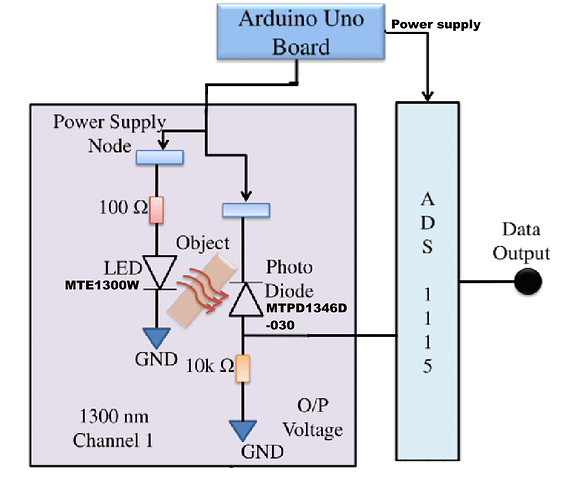 Connecting the photodiode backwards seems like the most likely way one would obtain the results described. Check this connection carefully. Note that the connection of one of the three device leads to the metallic case may be useful as a reference. 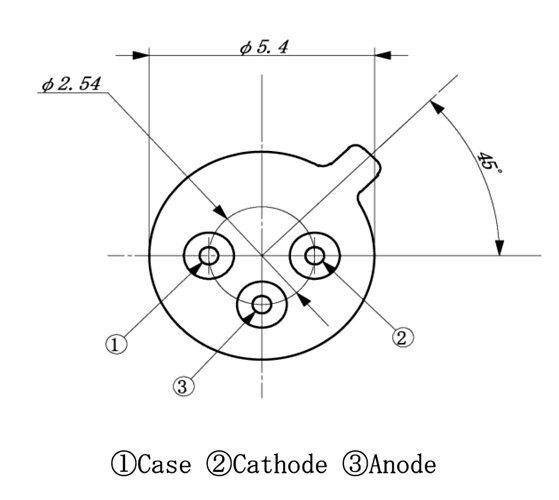 I double-checked the connections I previously sent, do I also have to send a photo of my project?

i connected:
3 to 5v power supply
2 to the ads, the resistance and then GND

These connections would result in the diode being reversed from the direction shown in the original post. Note that the “arrow” in a diode symbol points toward the cathode terminal.

I did as you say, now it reacts and recognizes the transmitter from a minimum voltage of 0.3v to a maximum of 0.8v, but I expected a range between 3.2v and 4.68V

The voltage measured at the output will be a function of current flow passed by the photo sensor in response to an optical signal, and will vary with the strength of the optical signal and the sensitivity of the device. Photodiodes like the MTPD1346D-030 generally provide lower sensitivity and faster response in comparison to phototransistors like that found in the TCRT1000.