I need to sequentially light up 16 LEDs, so first the first LED is on, then both the first and second, then the first three, etc. To reduce the number of control pins, are there any components that can control 16 lines with 4-5 inputs?

Hello medilsizian, welcome to the Forum.

There are a number of ways to approach the sequencing leds. Here is an interesting one I found in Nuts and Volts magazine: LED Chaser/Sequencer Circuits

You also might think about using a Raspberry pi or Arduino. Arduino has a tutorial on how to do this and there are a number of led tutorials from Raspberry pi, as well.

Have fun with your project!

Hi @medilsizian,
Jenny provided great options and may be the most efficient way using only 1 (or more) analog voltage input on one of those boards as It sounds like you are building an LED voltmeter.

If this is the case, there is also a way of achieving this using discrete chips with the use of an op amp setup as a comparator circuit using voltage divider bias (VDB) from a resistor ladder. 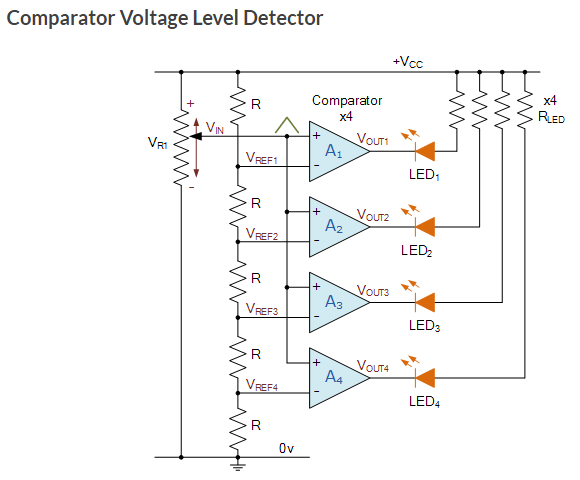 -Notice the Vin is a single wire, and as the voltage increases it will turn on the output LEDs sequentially (1,2,3,4…). Multiple chips can be used in conjunction, and if using bi-color LEDs, then the visual effect can be more appealing as the colors will rotate depending on the input voltage level.

Thank @Jenny_1307 and @Ryan_2724 you for your responses. To clarify there’s going to be two buttons, one which increases the number of lit LEDs by one on each press and one that decreases it. I want avoid using up 16 pins on the arduino. @Ryan_2724 could the op-amp method be extended to work for this case? Perhaps by using an arduino pin as Vin and increasing/decreasing the voltage as needed? Or would the voltage requirement for 16 LEDs be above an arduino’s capability?

I also found a “unary decoder” on this Wikipedia article, and it sounds like it would be perfect for this case. However, I am unable to locate one.

If you are using Arduino, the easiest way is to use a shield to get things going. 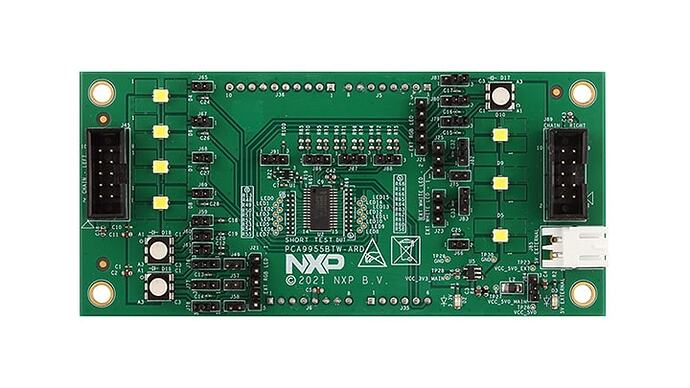 The on-board LED configuration of the shield won’t probably fit to you, but the board has jumper pins for external LEDs.

In addition, for example, Lumissil have some nice chips to fit to your application:

Lumissil Microsystems will connect your next idea to the Analog world of light, touch, sound, power and control.