In response to your questions:

All objects emit light in the infrared region, in relation to their temperature. Any object (not just warm-blooded animals) that are at a different temperature than their background can potentially trigger them. Because objects very in terms of their optical characteristics in the infrared region, moving objects that are at the same temperature as the background can still trigger them, particularly in they are presented very close to the sensor.

I directly connect output pin from pir sensor to arduino board. When motion can be detected, the output is high but it seem the signal from sensor still high for a few second, and then go back to low, is it normal?, how can I turn the output signal low immediately when there is no motion.

From reading the data sheet linked on the product page, it appears you can not change the delays. They are built into the system to lower the power requirements and reduce the amount of external debouncing required. 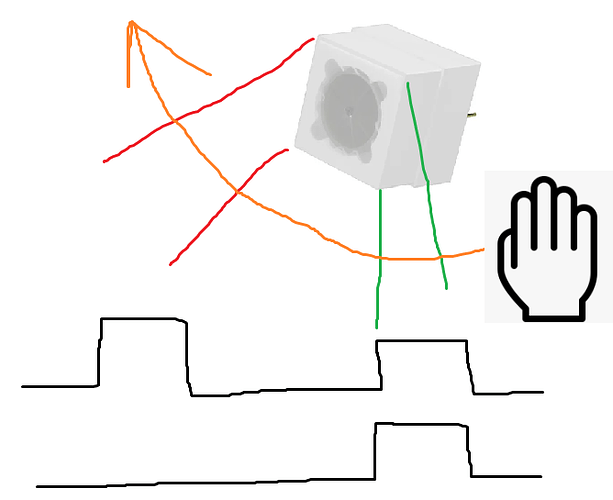 There are a lot of specs in the data sheet that could be confounding your tests. I recommend you study the whole data sheet very carefully. I’ve never worked with this particular part, and don’t have one to test, so all I can do is point out some of the data sheet specs that jump out at me as potential gotcha’s.

Power up time (Twu), 25 to 210 seconds. (you need a long wait after power up before readings are guaranteed to work)
Movement speed, 1.0m/s (hard to judge hand movement speed, try slower and faster movements)