I am trying to build a tongue operated switch interface for accessibility. I am having trouble finding tactile switches with an operating force of less than 100gf. This is far too hard for a tongue. Something waterproof would also be an advantage. Can anyone suggest how I should search for switches based on operating force?

Would you know the maximum operating force you would think would be needed?
Would you have an idea of minimum waterproofing level you would need too?

As when I looked I did not see many that were that much less than 100gf and also a minimal amount of ingress protection(IP67)) against water.

Thanks, Nathan. I saw an example of a tongue switch which responds to less than 10oz of pressure. Not sure how that translates.

Waterproofing is not essential because the examples I’ve seen add additional water protection. I just thought it would be a bonus if it was a commonly available option. 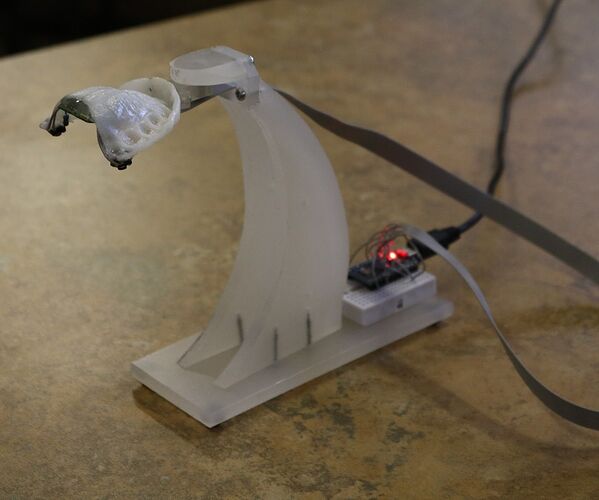 Assistive Tongue Operated Mouse (ATOM): This project initially started as a class assignment for an introductory course that I took as a first year engineering student. After completing the course, I gathered a small team comprised of myself and two...

Good, but it uses bite instead of tongue for actuation… 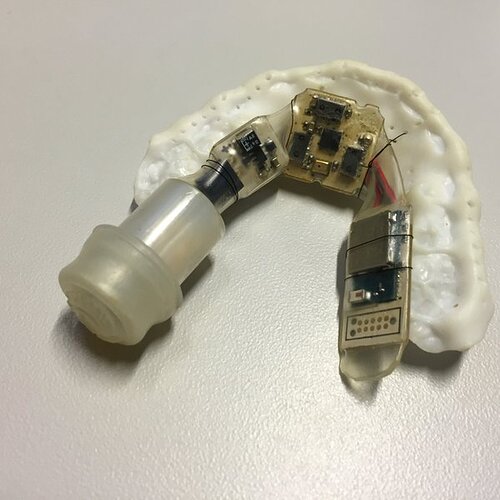 Pallette, we believe, is the world's first open source tongue computer interface. It is fully open source in hardware and software, with a guide for creating and using it at www.pallette.io [http://www.pallette.io]. Hidden from view, Pallette enables...

10 oz of force would be approximately 283 grams of force.

I ordered several switches with 100gf and there was now way it could activate them with my tongue. Perhaps its because this other one has a larger surface area? But not a lot larger based on this photo:

This awesome tongue Switch makes it possible for people with disabilities to use their teeth to control switch adapted products.

Tongue Switch makes it possible for people with disabilities to use their teeth to control switch adapted products.

I recommend you buy some of the pre-made tongue switches, tear them apart and find out how they did it.

There are few ways to end up with a very light touch switch in a product. I’ve seen examples of, custom switch from a switch manufacturer (typically only economical with 10,000 piece orders), fully homemade switch mechanism (not as hard as it sounds), adding mechanical advantage (e.g. lever) to make a stock switch work with reduced force.

This is sort of a different direction, but what about using a capacitive switch that would activate with the touch of the cheek or nose?

I helped out a customer who was quadriplegic but had a tiny bit of movement in her thumb. We used a Sparkfun capacitive touch breakout board that worked really well for her.

Thanks for the suggestion. My son has very little control of his head, especially when he is excited (like trying to communicate with someone new). Apparently tongue and jaw are core motor functions and so still accessible even with severe quadriplegia…

Hi Lindsay. Would it be possible to use a capacitive switch with a tongue? I assumed any switches in the mouth would have to be sealed. I was also thinking of a membrane switch or IR proximity sensor…

I would imagine all the moisture in the mouth would give false readings for the capacitive switch.

It’d be interesting to hear the rest of the design idea so I can better understand and hopefully we can pitch some additional ideas.

Going back to the switch idea: My other thought is something like a tactile switch enclosed within a soft silicone or in a mouth guard, so when your son bites down it closes the switch. Would you run wires to an external battery and control circuitry? Or would you prefer something wireless?

I’m in the design stage and am inspired by these two projects:

Assistive Tongue Operated Mouse (ATOM): This project initially started as a class assignment for an introductory course that I took as a first year engineering student. After completing the course, I gathered a small team comprised of myself and two...

This uses a pointing stick module (like from a ThinkPad) and tact switches activated by biting, mounted on a mouthguard and coated in epoxy resin.

Pallette, we believe, is the world's first open source tongue computer interface. It is fully open source in hardware and software, with a guide for creating and using it at www.pallette.io [http://www.pallette.io]. Hidden from view, Pallette enables...

This one uses IR to track the tongue and a microphone to tap for the click. And it is bluetooth.

I want to start with a simpler exploration just to make sure he is capable of using his tongue this way for extended periods of time. So I thought of just using two switches. (There is a lot you can do with two switches. He used to be able to drive his wheelchair with one switch beside his head, but his spasticity has increased and he cannot reliably reach that switch without constant re-adjusting.)

I got some small tact switches, but because the button surface is so small it’s hard to press with a tongue. Any mechanical accessibility switches I have found are too large, plus the question of how to waterproof them comes up.

Biting is certainly an option, but the question of using the tongue, in the future, for mouse control would remain open.

I would start with wires in the early stage, but it would be nice to make it wireless in the long run.

Thanks for your input and any thoughts you might have!

I’m using this proximity sensor (VCNL4010) on an Adafruit board as a tongue controlled switch for my son, who is quadriplegic. This prototype works great. I’ve covered the switch with a plastic bag, but I intend to use food-grade epoxy to protect against moisture. If I could shrink the form factor, I could put two of these on the roof of his mouth and move them closer to the front so he can use the tip of his tongue.

Do you know of a smaller version of this circuit or a way to shrink it? 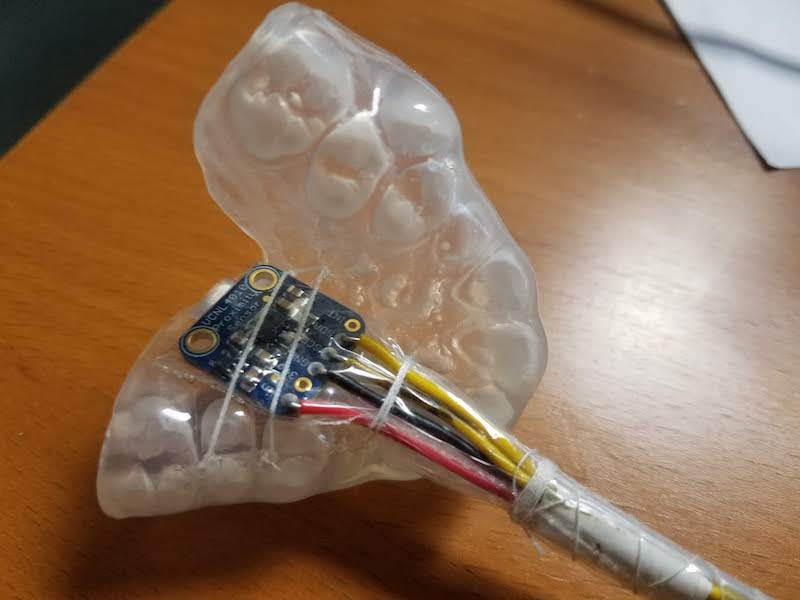 The raw sensors are available here.

Kicad is an open-source program for schematic capture and PCB layout, and DKRed offers an economical small-run PCB production service. Other similar programs and services are available, but these are two examples.

In cases like this where off-the-shelf breakout boards do not meet a need due to function or form factor issues, the usual practice would be to design a PCB with functionality and a form factor that does meet one’s specific need, and assemble the pieces. There’s definitely a learning curve involved, but it’s a skill set that opens up new horizons of possibility.

@gshea I am a little late to this thread, and it looks like you may have found viable alternatives already, but in case you haven’t I found 2 switches that meet the requirements of your request. They are operated by 70gf and are IP67 - Dust Tight, Waterproof.