How to test a power relay with a multimeter? (G7L-2A-TUB)

The power relay is part of an electrical melting oven that I bought recently.

Welcome to the forum.

A thorough test requires far more than a multimeter, see the product data-sheet for more information if you need to do a full performance test (e.g. including switching times).

If all you need is basic field test, remove it from the circuit and check the resistance of the coil and the NO/NC contacts. Then with the coil portion re-connected verify that the correct voltages are being applied to the coil by the driving circuit. If the applied coil voltages are correct then measure the contact resistances in the on and off states.

Refer to the product data-sheet for the resistance, voltage, and current values.

Welcome to the Digikey community!

I see you have questions about an Omron relay G7L series.

In order to answer your question I feel that I should make sure that you understand the basics of mechanical relays and how they work. I am certain that I will be explaining things you already know but my hope is that that by explaining this fully this answer has the potential to help others as well…

I have found that it helps to think of a relay as nothing more than a switch or sometimes a group of switches. While there is not a button, there is an actuation, it just happens with electricity instead of a finger. When it comes to that actuation there can be only two states. Actuated and non actuated, On or Off. In mechanical relays there is a coil that when energized will create a magnetic field and pull electrical contacts to the actuated position. When that power is cut, those terminals will return to the non actuated position.

For now, ignore that the actuation is being done by electrical impulse. think of a knife switch like this one. Imagine you are doing it by hand.

This switch can be changed from either a State of "OFF" to a State of "ON", this would be ON/OFF . This is a Single Throw since when we throw the switch there is a singular position that would give us an on state. 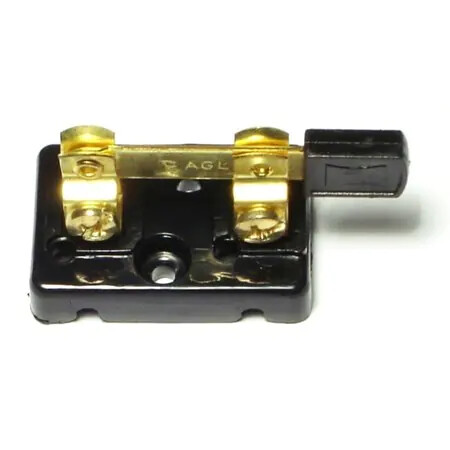 Another option is to add another set of terminals that would mean there is not an off state at all. There is One State of "ON" that is switched to another State of "ON", and this would be ON/ON. This configuration is Double Throw. since when we throw the switch there two different positions that could possibly give us an on state. 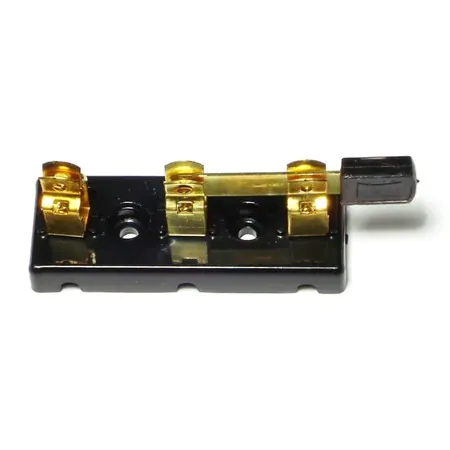 The other half of the equation is how many of these switches you have in one unit. Not unlike a light switch that has two switches in it, it is possible to run your hand over the top and shut off two switches with one actuation. The number of switches is your Number of Poles

While the throws portion address the type of switch, the poles portion addresses how many of them there are. In the previous examples there is only one handle and therefore they are single pole switches. The following image however is the same thing but now there are two of those switches actuated at the same time 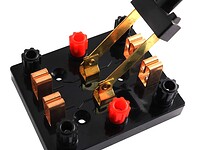 When it is actuated, it actuates two switches and each of those is one pole. This one is Double Pole.

Each of those switches can go from one state of ON to another state of ON when that switch is thrown; Double Throw.

To Answer the question

Firstly, I found the data sheet for the product line
Click to see data sheet

This diagram shows the pin outs and how the part is to be connected.

You can see the 0 and 1 terminals are for the activation coil. They are not polarized according to the note.

Here we can see that with the information given it can have an activation voltage rating that is AC or DC. There is range of different voltages that can be selected.

What is important here is that the relay you have is one of them. It is not called out in the part number and unfortunately there is not anyway to tell what that is other than by testing the circuit the relay is in.

This is another snippet from the data sheet regarding the coil on your relay. 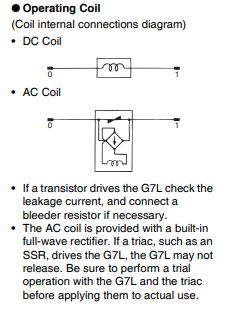 You will need to investigate within your circuit for clues regarding the value and type of voltage that is used to actuate the relay. You can set up a situation were the circuit is meant to operate.

Plan to take note of the following

In the non activated state of the coil pins

In the activated state of the coil pins

When the circuit is supposed to turn on the relay, a voltage should be present here. It should be in a reasonable range of one of the values listed in the chart up above. If there is not a voltage present, then the problem most likely lies before the relay. If it is driven by a transistor, as suggested in the snippet about the operating coil above, that may be the part that needs to be replaced.

To replace it we will need to know the voltage it requires based upon the testing from the circuit. It is possible to determine the voltage by the coil current but this is much less intuitive.

There is another great forum post you can read here:

I hope this helps.

To test the power relay only tool that can be used is a digital multimeter.
First of all, you must check the position in the fuse box actually where the relay plugin.
Generally, they fixed standard pin configurations.
You can do the basic inspection of the configuration and maintain the data sheet for further readings.