I am looking to redo my kitchen and put new cabinets throughout. In doing so I want to use Electromagnetic solenoid locks that I tie in parallel to each other that runs up to a switch or single point activator that when pressed or activated that it instantly unlocks every cabinet on that circuit. I’m unfamiliar with what all products I would need to start with a single phase 15 amp AC power source to step it into a 12V system that has say approx. 40+/- solenoid locks (like the attached image) on it that get activated by an on/off toggle switch. 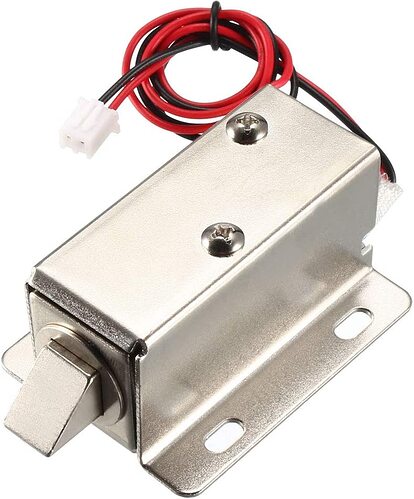 Welcome to the TechForum eldereaves,

I’ll let one of the engineers help with this, but I wanted to say, this style of lock would need constant voltage to hold it in the unlocked position. If you have a power failure, all cabinets would be in the locked position, with no means to open them.

A larger issue is that cheap door strike solenoids of the type pictured are usually only rated to operate for a few seconds at a time, and will fail quickly if energized for an extended period. Unless a credible continuous-duty equivalent can be found, the idea as I understand it is probably not practical.

Another issue with the proposal is that such solenoids typically consume 5-8 watts each; multiplied by ~40, that’s 200 to 400W of power being consumed, which depending on usage could easily translate to a power bill of some $300/year for the privilege of accessing one’s own cabinets…

Some sort of bi-stable latch mechanism that can remain in either the locked or unlocked state without application of power is perhaps the most desirable option here. To my knowledge however, we do not carry any finished products which would be suitable for that purpose.

Rick_1976, Thank you for your quick response, you make a great point about the cabinets being locked for prolonged periods of time is a large consideration. I have another idea on how to achieve a desired result and maybe you have an idea whether something like this is available… if I put a mini AC current electromagnet near the base of a magnetic lock that activates when I activate a sing point switch that may be a way around to achieve the desired result in that a magnetic field would be generated and instantly unlock every object that is magnetically driven to lock. See attached image and let me know if there is such a thing as a mini magnetic field generator you are aware of and if something like that could be made to be put in parallel with 40 other magnetic locks? 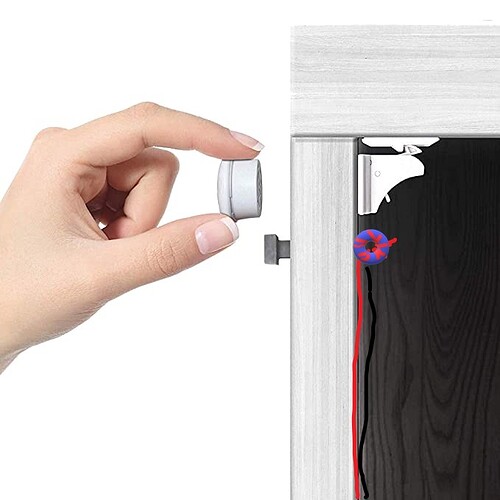 The closest such thing which comes to mind as an extant commercial product would be the electromagnets used for holding open fire doors, or the larger variant used for access control.