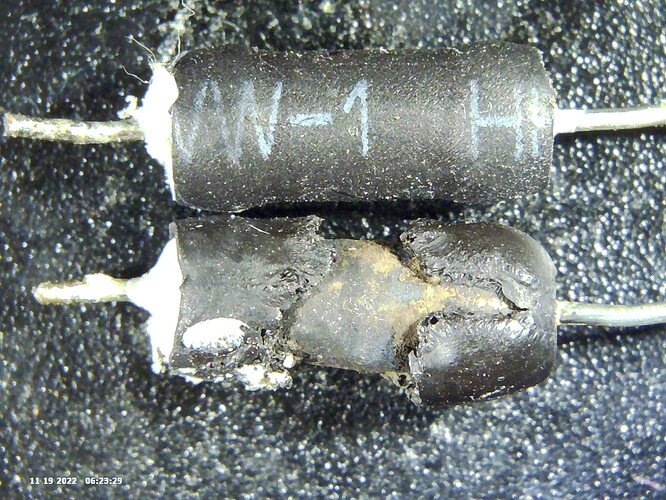 PICT00001920×1440 413 KB
This is from an ESD Dimmable LED Driver. These between the incoming 120VAC and the Bridge Rectifier. On the board the label says MOV1, RF1, and F1, at the location of these. Unfortunately, the manufacturer doesn't offer a replacement unit and I have been unable to find "ESD", so it is on me.

I believe that is a flame proof safety fuse assembly, and since it’s blown in a very destructive way, it likely means some other parts of the circuit went bad causing the this part to blow. Using the wrong device as a replacement could be a fire safety hazard.

between the incoming 120VAC and the Bridge Rectifier.

Many such products designed for minimal cost will use a fusible resistor in such a position rather than a proper fuse. If it’s blown, it indeed is a likely indication that there are faults elsewhere. Replacement of the entire unit would be the expected and likely most economical fix.

I would replace the unit, but I am unable to find the manufacturer “ESD” anywhere. I will post a picture of the case when i get home in a couple of hours.

Can you post a few images of the driver itself? An overall image, plus zooming in on any labels/text would be useful to try to identify, and/or possibly find a compatible alternative.

Sorry for the delay, been a little hectic around here. The previous components have been removed from the board, although you can see where they went. 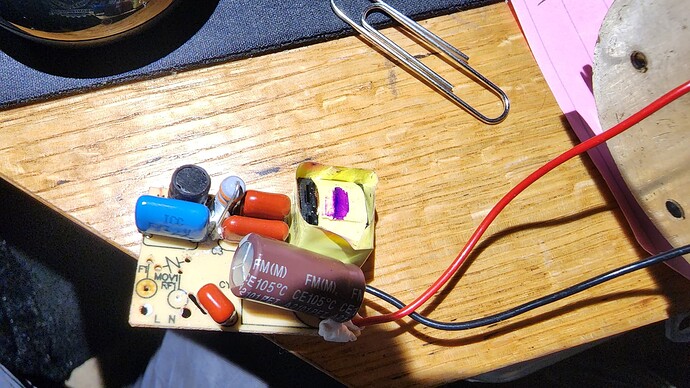 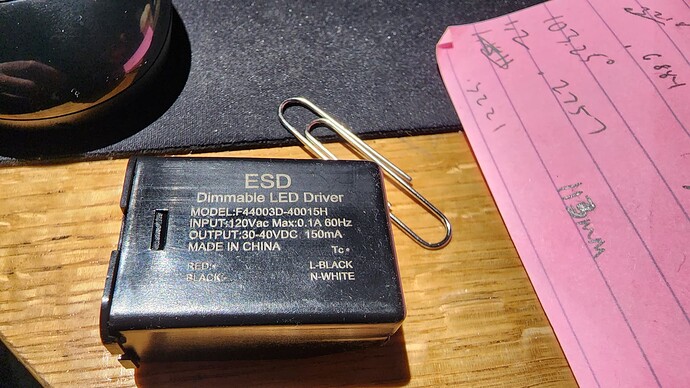 I did finally get a phone number for the manufacturer of the fixture but have been unable to reach them due to the holidays. I had to look at the instruction manual for a different fixture that was made by the same company just to get the number.