The I²t (Ampere Squared Seconds) also known as Melting Point in a fuse.

The purpose of this rating is to assure that the heat created across the fuse during a surge has insufficient time to thermally conduct away from the fuse to external circuitry. Once the measurements of current (I) and time (t) are determined, it is a simple matter to calculate melting I2t. When the melting phase reaches completion, an electrical arc occurs immediately prior to the “opening” of the fuse element. 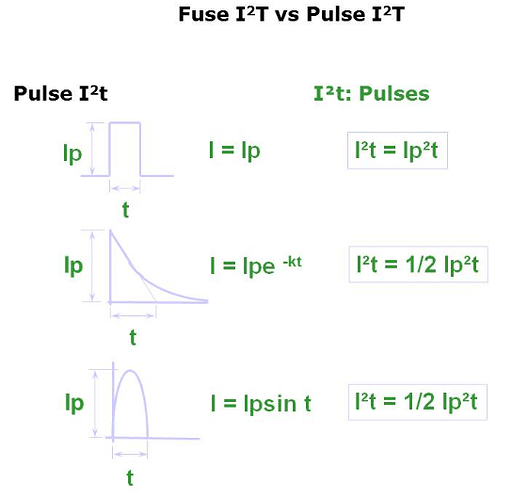 Electrical pulses produce thermal cycling and possible mechanical fatigue that could affect the life of the fuse. For this reason, it is important to know the pulse cycle withstand capability of the fuse, which is defined as the number of pulses of a given I²t value that can be withstood by the fuse without opening, assuming that there is sufficient cool down time between pulses. 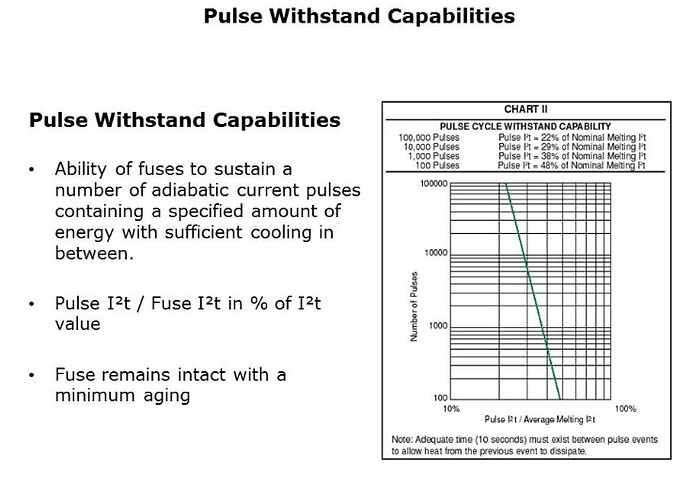 This is different from breaking capacity otherwise called the interrupt rating (I.R. Rating) of a fuse, where these are the max amount of current at a specified voltage the fuse can handle before causing physical damage to the fuse body, exploding, or causing excessive arc upon opening. If you have ever seen a cracked glass fuse, this means the breaking capacity of the fuse has been exceeded. Sometimes this can be worse and the fuse will shatter or explode if the breaking capacity is of too low a value. This can be a danger to people and to surroundings, especially if there is flammable gas present.

Just like most electronic components, derating factors such as temperature should also be applied. The current carrying capacity tests of fuses are performed at 25˚C and will be affected by changes in ambient temperature. At higher ambient temperatures, a fuse will respond faster to a given overcurrent condition. Conversely, at lower ambient temperatures, a fuse will respond slower to a given overcurrent condition. In addition, the temperature of the fuse increases as the current carried by the fuse approaches or exceeds the rating of the fuse. Different fuses will have different re-rating curves based on the construction. Some fuses have minimal changes in fuse rating over a wide temperature range, whereas others have significant changes over a given temperature range. 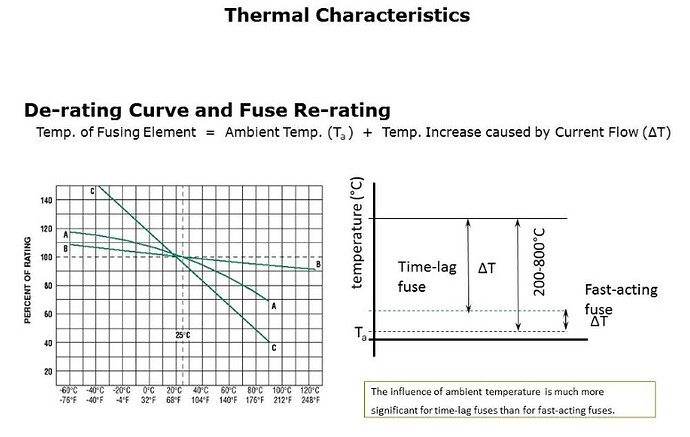