Can you help me identify this capacitor?

Thank for you help. See picture 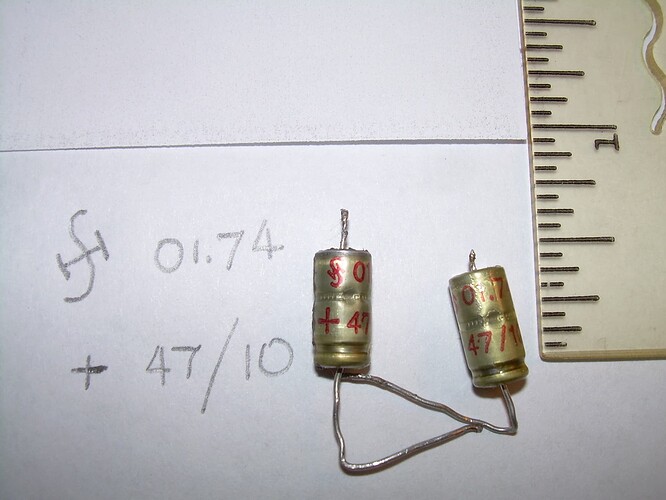 I’d interpret those markings to indicate a 47uF, 10V device manufactured in January of 1974. Clearly it’s of axial lead format, and the lack of a crimped connection on the + lead suggests an aluminum electrolytic type, rather than a wet tantalum. MAL203034479E3 would be my suggestion for a most similar replacement. Technology’s improved a lot in the last half century though, so most anything you’d pick up these days with a similar ratings that fits mechanically would probably work.

Thanks so much Rick,

I’m repairing a Alfa Romero turn signal blinker and just could not figure that out.