Searching for IDC DIP Connector not for through hole mounting

Goal:
Make or buy a standard IDC DIP 16 position, 2-row, ribbon cable, that has one female and one male connector end.

Background:
I’m trying to connect a IDC DIP ribbon cable to the Adafruit “4745” M4 Matrix panel board (digikey DOT com/en/products/detail/adafruit-industries-llc/4745/13250945). The PCB is designed to plug directly into a LED panel and skip the ribbon cable, however, the positioning does not work for thus the need for a cable. The ribbon cables of course have female DIP connectors on both ends. 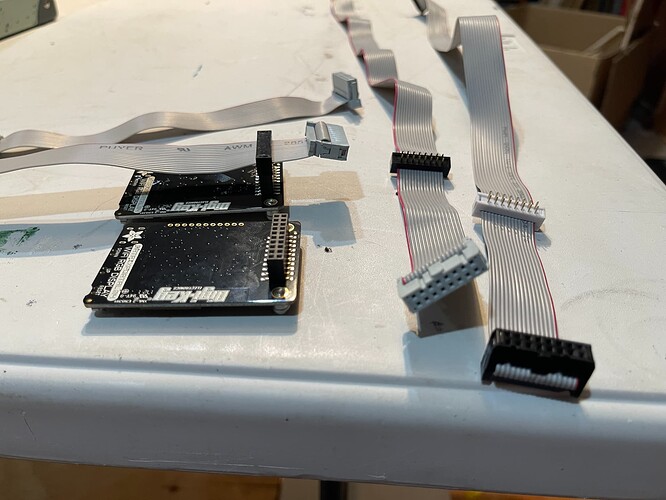 The cables did not work when inserting the male pins into the female plugs, whether it’s another cable or the PCB. However, I did have success (without solder) touching the male pins directly to connection points on the PCB that are on the front of the PCB (the female plug is on the back side with the Digi-Key branding).

The 1175-1660-ND and the HDM16H-ND are intended as through hole solder mounts soldering and seem to have very flat and short male pins. (

) Which would be fine for solder joint but don’t seem to be making a good enough connection as a plug.

Welcome to the forum.

Your hypothesis is correct!

An easy solution is to use a male header with long pins on both sides as an adapter between the female headers.

Adafruit sells them but I can’t easily locate them on Digi-Key. 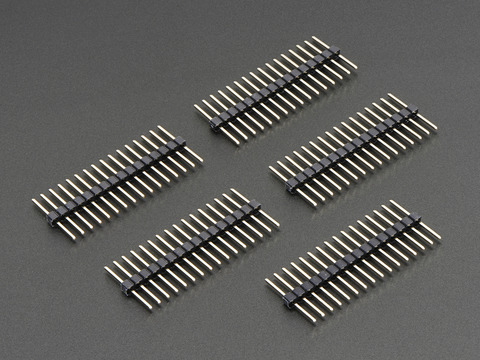 Breakaway header is like the duct tape of electronics, and this header is one better with extra long pins on both sides. This makes it great for connecting things together that have two ...

Indeed, the P/Ns mentioned in the original post are intended for single-piece attachment of cable/conductor to a PCB, rather than a two-piece assembly using separate board- and cable-side connectors. Parts classified under “direct wire to board” should share this distinguishing trait.

Something closer to what was being sought would be more likely found classified under “rectangular connectors-free hanging, panel mount” of which 4616-6001 seems a likely candidate.

Headers of the type Paul describes would be classified as “rectangular connectors-headers, male pin.” There are lots of those, but the list narrows quickly as one selects for pitch, lack of shrouding, mounting types, overall length, etc. PEC36DFCN or PEC36SFCN would be some examples in stock at the moment that should serve a similar purpose.

The LPK16H and HHPL16H have some extended shrouds which would likely impede connection to a board-mounted female header, which I understood to be the intention. If one is attaching to a free-hanging connector as those connectors are designed for, it might not be an issue. In a one-off scenario, there’s also the option of taking a dremel or similar tool to the excess shrouding, I suppose.

Here’s a link to some more unshrouded headers which would allow mating between two female sockets. It looks like any headers which have at least 0.230" on each side of the center insulation area should be sufficient to give a good contact area.

Note that some of these are 2x8 pins and others are multiples of that, which can be cut down, if done carefully, to the appropriate number of pins.