What is the Epoxy NTC Thermistor?

For the corresponding resistance value of a specific temperature, the resistance/temperature table as shown in the figure below can be used to understand the change of resistance and temperature. 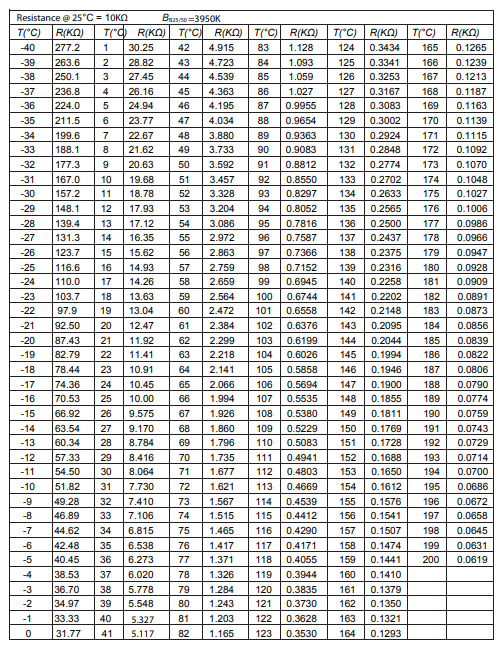 As an example from Adafruit Industries LLC 372, let’s see the product detail.

372 is an epoxy-coated precision 1% 10K thermistor which is an inexpensive way to measure temperature in weather or liquids. The resistance in 25 °C is 10K (+/- 1%). The resistance goes down as it gets warmer and goes up as it gets cooler. 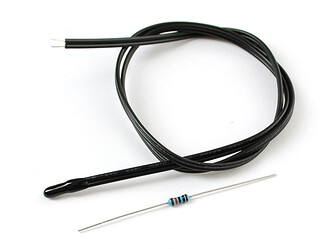 Need to measure something damp?
Epoxy-coated thermistors are often used for air conditioners, water lines, and other places where they can get damp. The PVC coating of the wires is good up to 105 °C so this isn’t good for very hot stuff.

372 also includes an additional 1% 10K resistor which you can use for calibration or for a resistor divider.